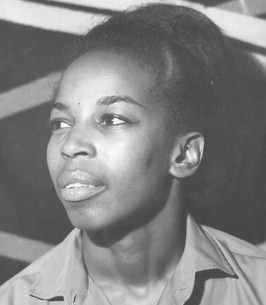 Claire Nerissa Matthias Lugo, a mother, grandmother, and an extraordinary woman who touched an extraordinary number of lives, passed on April 8, 2020 at the Elmora Hills Rehabilitation Center in Elizabeth, New Jersey.

Claire Nerissa Matthias was born in New York City to Carl and Anna Matthias on January 19, 1931. Claire’s memories of a childhood in Manhattan were few as, at the age of three, Claire and her younger sister, Beryl, were sent “home” to East End, St. John, US Virgin Islands to be raised in the Harley Family home by her grandparents and many aunts and uncles. She cherished her memories of island life and her near constant connection to both sides of her extended Harley and Matthias families on St. John. The pristine beaches and sea and her love of reading fueled a lively imagination and faith that would serve her well through the peaks and valleys of an active, always self-designed, and well-lived life.

After the Great Depression and World War II, Claire and her sister returned to New York as teenagers to rejoin their parents in Harlem and to care for their mother, who was ill at the time. In New York, Claire attended Washington Irving High School. Following her time at Washington Irving, Claire trained as a court reporter and stenographer and proudly launched a career that served well the legal communities of New York and the Virgin Islands.

Claire married twice. In 1955, Claire married Zebedee Collins who fathered her beautiful daughters, Kara and Rachel and then married again in 1963 to Roland Lugo who fathered her sons, Raphael and Daniel. Rachel pre-deceased Claire. Claire spent the 1970s and ‘80s in Amityville, Long Island, working and raising her family.

Claire’s love of culture, travel and people empowered her openness to change and wanderlust as she lived with her family in the Virgin Islands, Jamaica, Costa Rica, and New York and as she traveled among friends and family to Europe, Asia, Africa, South America and Israel.

She loved being at the intersections of communities and serving as a convener. She was a wonderful conversationalist who amply drew upon her diverse life experiences to engage with others. Her friends and family will long remember her readiness to host gatherings most memorably at her Upper West Side apartment.

While change was a constant in her life, she never sought comfort in resignation. She either actively embraced change or fought against it. Symbolically, while raised in a home with neither running water nor electricity, she embraced every step in technological advancement from computers to cell phones to Facebook.

She was fiercely independent and fought every day to live life her way.

Claire maintained a lifelong, active, and strong commitment to her faith as a Hebrew raised by parents who were co-founders and leaders of the Commandment Keepers Temple in Harlem, one of America’s earliest established black synagogues. She will be remembered by all as a devoted and dutiful congregant and elder.

By subscribing to updates, you will receive any notifications sent about changes to service schedules or other important information

Please add your text number or email address before submitting.

You have successfully been subscribed to notifications!

You will receive any future notification messages.
×