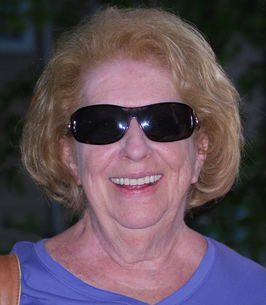 Memorial Candles Lit for Leona | SEE ALL
Light a Candle
"We are honored to provide this Book of Memories to the family."
— Menorah Chapels at Millburn
Funeral Details Condolences & Tributes Photos, Videos & Stories

Born in Newark, NJ, August 25, 1935, Leona was the only child of the late Sonia and Jacob Cohen. As a young girl, she lived on a farm in Englishtown, NJ before moving to Newark, NJ where she graduated from Weequahic High School. As a young woman, Leona was a hard worker and had multiple jobs to help her family. She eventually moved to Bridgewater, NJ where she purchased her town home. She ultimately had a long career in the insurance industry where she worked as an underwriter until she retired.

Leona was a feisty and loyal friend. As a young woman, she enjoyed traveling and convertibles. She loved New York City and was a life-long Yankee fan. She enjoyed window shopping and saw many Broadway musicals. In her later years she liked talking about her childhood and her early days in Newark, enjoyed dining with friends and always looked forward to going to the beauty parlor on Fridays.

Besides her parents, Leona was pre-deceased by her long-term partner, Edward Ratner. She has no surviving family but will be missed by the entire Oberman family and by her friends Aiko and Rhoda.

No Services are planned.