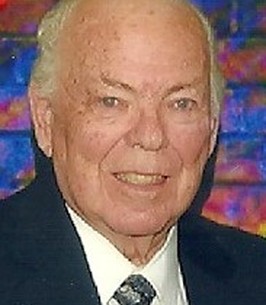 Morton J. Edelman passed on October 31, 2019 surrounded by loved ones. Born and raised in Plainfield, NJ, Morton also lived in Scotch Plains, South Plainfield, and for 44 years in North Plainfield, where he raised his family, before moving to Union in 2007. He graduated from Plainfield High School in 1947 and Seton Hall University in 1952, where he earned a BS degree in Chemistry.

Morton served in the US Army at Ft. Dix, NJ and Ft. Knox, TN during the Korean War. He was a Chemist at Merck in Rahway, NJ from 1955 to 1993 and a longstanding member of Temple Sholom in Scotch Plains. He loved driving, summer vacations in Miami, FL, social gatherings, and volunteered at several area playhouses and charitable organizations with his wife. His friends appreciated his quick wit and easygoing nature.

He is survived by his daughter Pam Edelman and fiancé, Randy Lieberman, of Gaithersburg, MD; his son Rick Edelman and daughter-in-law Cindy Edelman of Hillsborough, NJ; his grandchildren Evan and Rachel Edelman and long-time companion Regina Gomer. He was pre-deceased by his beloved wife Sylvia Edelman, brother Gene Edelman, and parents Harry and Gertrude Edelman.

Morton was laid to rest beside his wife in Miami on Nov. 4. A memorial gathering will be held in Union on Nov. 17.

Donations can be made to Temple Sholom (www.sholomnj.org) or to the American Cancer Society (https://donate 3.cancer.org).